You will need a wine key for Botter’s prosecco (as the bound, regular cork indicates). Why? Because this is what the Italians call frizzante. It is not an Italian spumante, which is fully sparkling. This frizzante (lightly sparkling) gets its bubbles from a closed tank, secondary fermentation that integrates the CO2 before bottling, not in bottle as its French cousin, méthode champenoise (i.e. champagne method). This tank method is variously called the Metodo Italiano or the Charmat method. Italians practiced it long before Carlo Gancia adopted the Champagne method of secondary bottle fermentation in the 19th century. It is cheaper, with brief bubbles and delightfully simple.

The prosecco grape is now known as glera, thanks to Italian bureaucratic self-preservation. When Italy created a DOCG (guaranteed appellation designation) for the Veneto regions of Conegliano and Valdobbiadine, they did not want competing regions putting prosecco on their labels just because they had the right grape. So Italy renamed the grape glera in 2009. 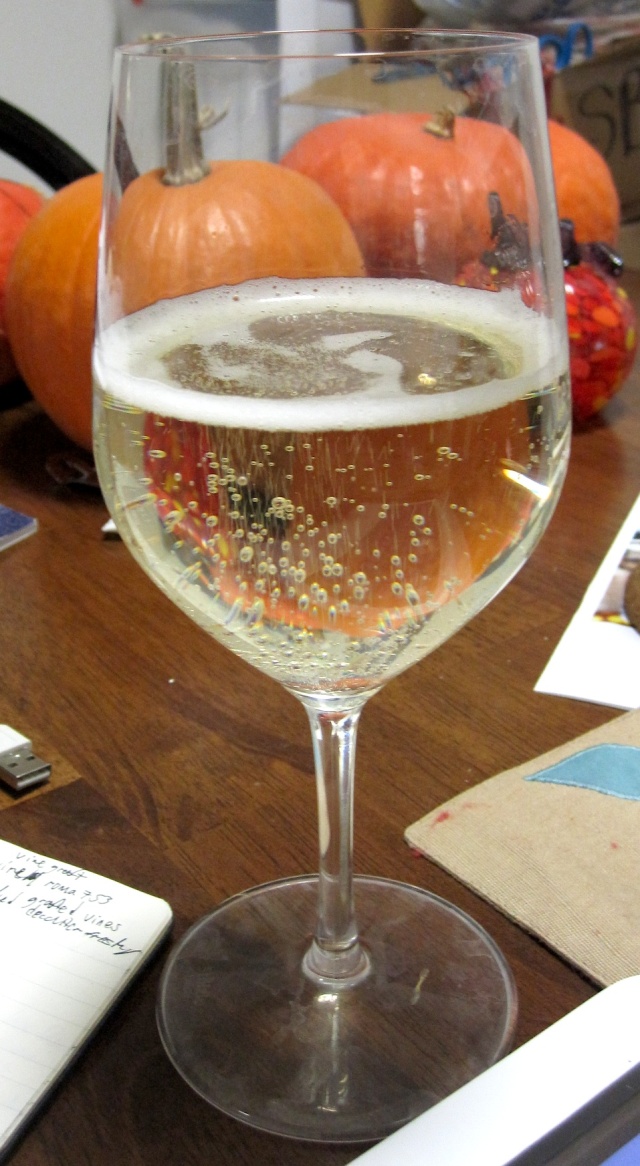 Botter’s prosecco is not made entirely from glera (aka prosecco) but also has a bit of verduzzo. These grapes came from the hills surrounding the town of Treviso. Tank fermented for eight to ten days, filtered, and aged in bottle for two years before release.

It makes for a perfectly enjoyable but forgettable aperitif. I do not want a cheap prosecco to challenge my palate with complexity, intensity or length. This fits the bill.

Follow Wayward Wine (WSET3) to tour the world's exciting vineyards, breweries, and distilleries, while discovering new drinks.
View all posts by waywardwine →
This entry was posted in Prosecco (Glera), Sparkling. Bookmark the permalink.