Lost at sea and desperate for home, they sight an island. Shear cliffs loom above. A citadel walled in copper gleams. Within it they find a hospitable ruler; his court redolent with savory smells and echoes of feasting.

The sailor is Odysseus. The ruler is Aeolus: keeper of the winds and king of the Aeolian islands, of which Salina is the heart.

He can see Sicily from his palace.

Since Homer, Salina has held its fame for fertile produce. Capers, olives, tomatoes, and grapes thrive, thanks to volcanic, well-draining soil and sun-baked slopes. Even UNESCO honors it as a World Heritage Site. 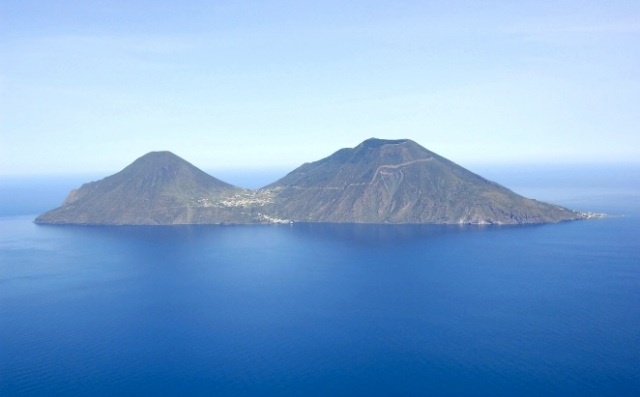 Today a wine comes from there, not blown to us by an ox-hide bag full of winds, as if it were Odysseus, but imported, with less ferment, by Bachanal Wine Imports.

But what a unique treat.

It began in the late 1960s. Carlo Hauner had left art design for dessert wine. He first learned traditional methods -like drying Malvasia grapes on mats- and then dragged the sleepy island’s viticulture back to life. Dry reds, whites, modern methods, equipment, and international distribution were gradually introduced. Commercial viability and recognition followed them in the 1980s.

Carlo died in 1996, but Carlo Jr. and winemaker Gianfranco Sabbatino continue his work.

Let’s start with their base model: Hauner’s table red, Salina rosso IGT, from 2009.

Its grapes are nerello mascalese and nero d’avola: adapted to the heat and sandy, volcanic soil of Italy’s South. Harvest wraps in September, before acids fade and sugars get out of hand. After moderate skin maceration and fermentation, the wine briefly ages in small oak barrels for three to six months, and in bottle for another three.

The label is clean, white, textured paper. It sports clear text and Hauner’s sunset painting, which recalls a Rothko / O’Keeffe love-child. It’s confident but not loud. The wine follows form: 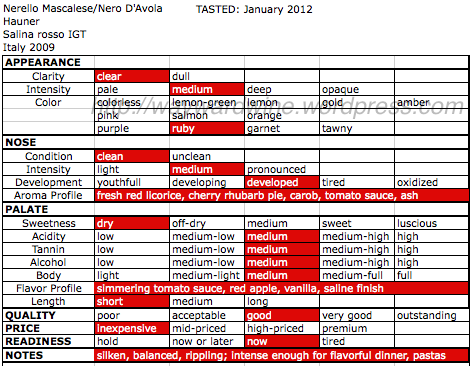 I can’t pin it down, but there is something rippling or wavelike about this wine. A kind of rhythm between fruit and spice, tannin, body, and acid, which keeps it breathing. It never jumps or jerks, just putters along like an old motor boat. It’s friendly, and charms without notice or effort.

I don’t want a twelve or thirteen dollar bottle to “explode with favor” or “seduce” me, as if those things would make it better value. If a cheap bottle blows my mind, I should worry. Either I am easily impressed (probably), or something nasty (like coloring, acidifying, tannin powdering, micro-oxygenating, reverse osmosis spinning, et cetera) has “improved” the wine.

Instead, I want dinner. I want a relaxing evening and a wine to frame the meal, like a nice towel on a quiet beach, at sunset, while my odyssey is on pause until tomorrow. 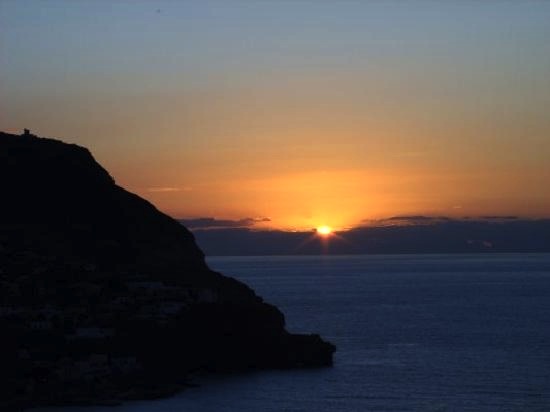