PUTTING THE THE IN THE MACALLAN 10 YEAR: EU Austerity Drinking Tour #15

Weeks into our Scotland travels, we needed a break from Scottish beer.  As with Aberlour’s 10 Year Whisky (reviewed earlier), a grocery sale inspired us to buy the last bottle of The Macallan, 10 Year Old, Single Malt Whisky. 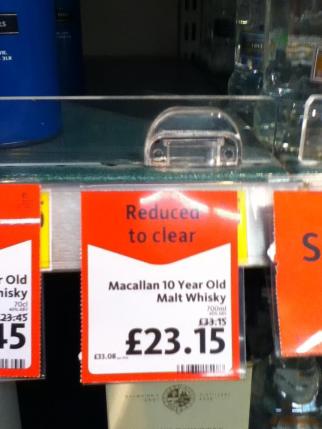 The last of the The Macallan.

Why Single Malt?  Because a Single Malt comes from one distillery, with its own unique water, tanks, barrels, and methods (although no longer its own malting, oddly).  Cheaper “blended” whiskies, like the (in)Famous Grouse, are just that: cheaper, because they bottle liquid blended from many distilleries with neutral grain spirit.  Some rise above the sum of their parts.  Most blends feed mixologists to dress up with syrups, ice, bacon, Coke, whatever.

Wine biased me.  It taught me to respect single producers.  To taste for what differentiates each malt-er or producer, because, otherwise, I learn nothing.  If I only drank what I knew I liked, I would have never imbibed anything in the first place.  Whisky would have never happened.  And that would be very, very sad.  But today, bravery rewarded us. 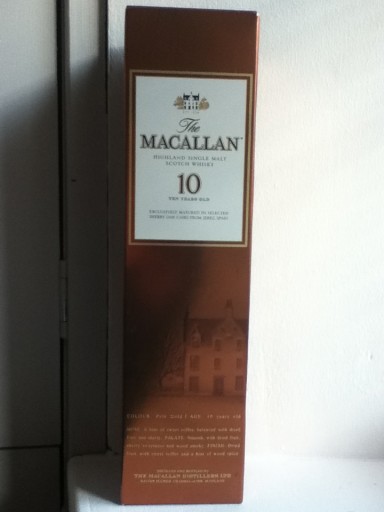 We first cracked the Macallan 10 in Aberdeen.  Although Scotland’s Silver City looked gray and granite, it flanked history with modernity, heart-clogging pastries, a free apartment (thanks Glaswegian hosts!), and even a beach. 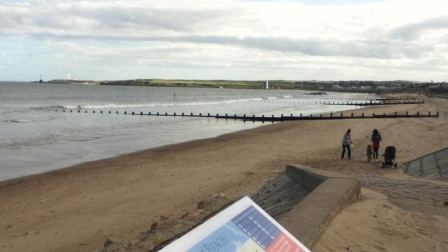 Aberdeen beach was once a chilly Scottish resort.

Warm context for a first impression.

The Macallan showed a clear, bright, gold amber color that stretched right to the liquid’s edge of the tilted glass, tracing wide legs on the return.

It smelled faulty at first.  Musty wood beams in an attic.  Gross!  But then I realized that smell was intentional.  It became oddly alluring and nostalgic.  Like finding grandpa’s prized cigar box.  Then aromas of roasted vanilla, heather, and fruity red pear filled out its frames.

Moderate tannins created a texture of smooth, sanded wood without polish.  Alcohol was thinned to the industry’s standard, easy, 40%.  Bold flavors of honey, cooked oranges and apricots led, followed by toasty, amontillado sherry oak spice, and again that craggy, musty, but lovable flavor of old wood or fall leaves.  Length was medium plus. 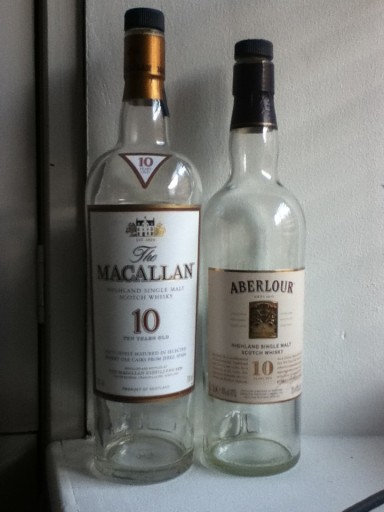 What a cute couple!

Twins couldn’t be more different.  This is why Single Malts matter.  Blending would blur their boundaries.  Revelation: we’re not done yet.

Unlike wine, Whisky’s high alcohol preserves it (and slows sipping).  Second and third chances do happen.

Days later we train-tripped to Loch Ness.  We had toured independently for weeks.  Now we happily, passively, let the booked bus tour guide us.  After an excited visit to an ancient tomb, monster museum, and Urqhuit Castle, a ferry landed, saving us from the building cold and rain.

We boarded the boat first and snagged a cosy bench (thank you, paying extra).  Once the rain lessened, we headed up-deck. 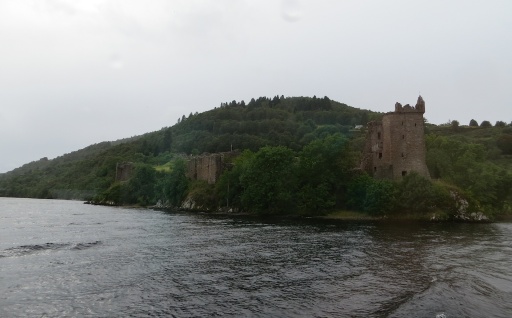 I noticed pale yellow pinot grigio and Perroni filling plastic cups.  Yuck.  So we pulled out our glasses and our half-finished bottle of The Macallan.  It immediately burned off the chill.

We then entered the Caledonian Canal locks, which moaned open and close.  The air smelt honeyed and floral, working into the glass, emphasizing a new oak char and smokey spice.  But neither the Whisky nor I had changed, the context had.

On the train, a pack lunch of vegetarian haggis (yes), tatties, and, less traditionally, carrots recharged us, while The Macallan mastered the black pepper and spices well.

But then desert brought epiphany. 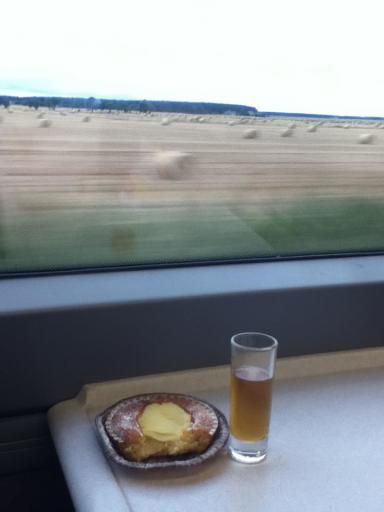 Yes this is legal.

Discount pear tarts from Morrisons, wholly bland alone, were raised by the Whisky.  Now its fruitiness poured forth, all tropical and silky.  The sugar of the tart quelled any bitter hit or heat.

For kicks, we tried Thorton’s Summer Collection of Chocolates.  Their lemon tart drew out the Whisky’s citric side.  The strawberry mellowed it but tasted chalky and awful.  The orange chocolate rendered the Whisky into an orange marmalade.  What a brilliant mimic this Whisky played.

However, it became clear that the day and doings changed our impressions.  To judge any drink objectively required rigor.  You have to consider the context you have it in.

The world’s most famous Scot knows this. 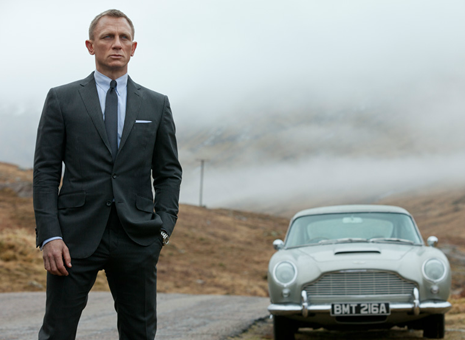 Waiting for his cut.

Skyfall claimed The Macallan was James Bond’s favorite drink.  Producers even auctioned a signed bottle of ’62 to solidify the myth.  However,  Talisker, Suntory, even Jack Daniel’s saw Bond’s favor in other films.  While, Flemming wrote him as a Bourbon man.

Things change.  As do Bonds.  As do drinks.

Your mission, if you choose to accept it: if you hate a drink, give it a second chance.

Odds are I learned to love The Macallan because I was vacationing in Scotland, got it on discount, knew (a) Bond favored it, never had to drive, tippled it on Loch Ness, as well as a train.

I forgave, even forgot its mustiness.  But really, I learned how mutable I was.

The Macallan 10 has character, complexity, and food flexibility that makes it a value entry Single Malt.  Drink it, pair it, play with it.

The name is Macallan, The Macallan.

6 Responses to PUTTING THE THE IN THE MACALLAN 10 YEAR: EU Austerity Drinking Tour #15