Since Whisky is born as beer, distilled a few times, and barrel aged; popping a new beer into used barrels is akin to wearing my dead dad’s suit: it’s a touch awkward, ridiculously retro, musty, yet, weirdly fashions me into something more mature.

If there weren’t enough Ns in your life…

Innis and Gunn’s “Oak Aged Beer” comes from Edinburgh.  Its color was a mild amber, with average fizz, and no head.  Like Lomond’s, the aromas were bold, with notable toasted oak, probably American with that telltale coconut vanilla kick, as well as caramel and oranges.

There was no sugar but it seemed awfully fruity, with med acidity, little bitterness, a noticeable 6.6% alcohol, and an average body.  Flavors included soft caramel, oak, vanilla, banana cream pie, and hazelnut.  The texture felt creamy and pillowy.  The length was medium plus.

Innis and Gunn clearly made a good oaked beer (3 out of 5 points).  However, it seems a bit over-balanced, mellow, and indistinct.  Maybe too much oxidative-time in bland barrels sucked its life.  It reminded me of a decent friend: nice, but a bit too easy-going to be interesting.

That was a brewery, time for a distillery.  They might know how to make a beer with backbone. 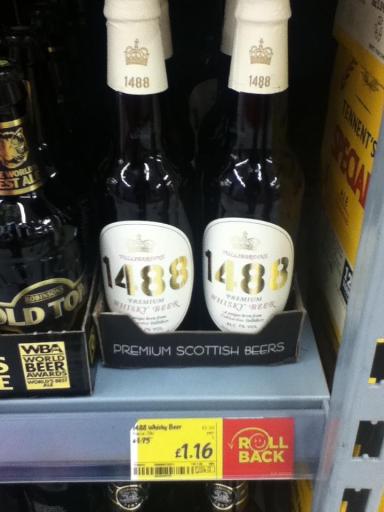 Alcohol went up to 7.7%, and with it, a full-ish body.  Fruity flavors glowed with candied oranges, raspberries, countered by darker esters of smoky peat, licorice, and wheat bread.  The length was fairly long.  The texture silky, fruity, and fat like cream.

Like Loch Lomond’s Whisky Ale, Tullibardine made a very good beer (4 out of 5 points).  However, in comparison, it was too technical and clean to woo or wow.  It couldn’t step past its beer-hood into something greater.  I prefer Loch Lomond’s bold drink.  But first loves always seem better in retrospect.

I hope Whisky Ale finds a niche in Scotland’s brew-ture (apologies).  It lets them trade on their traditions, giving barrels a third life after wine, sherry or bourbon.  Now they can become tables or flowerpots for the tasteless.  If only recycling could glamorize all my rubbish so well.  Instead, I get to buy $49 T-shirts made of water bottles?  *Sigh* 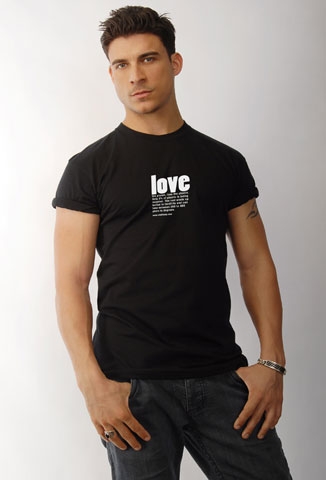 Stop staring at me hippy!