Our Seven Month EU Austerity Drinking Tour continues.  Last Monday’s post covered a visit to Bushmills Distillery and the Giant’s Causeway.  This Monday, my wife and I cut North, to the burnt borderland between the United Kingdom and Ireland: Londonderry.

Derry was first a monastic community.  Then London merchants turned it into a walled test-colony, tacking on the “London-” to spite the Irish.  Derry’s city walls soon faced sieges by Brits, Scotts, and Irish.  But more trouble lay within. 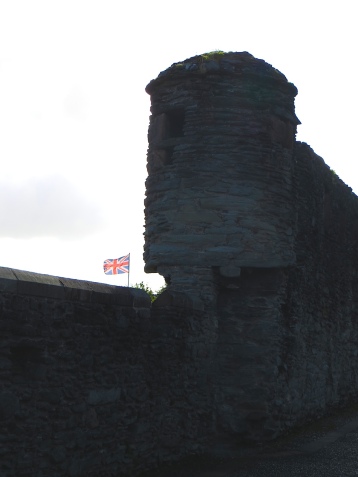 Still ready for a war.

If you had no clue what Bono was singing about in U2’s “Sunday Bloody Sunday” (for once, it wasn’t Jesus), neither did I.  But Derry provided a flashpoint for the Troubles: Ireland’s war for independence from British rule.

In 1972, the British Army shot 26 unarmed protesters.  Fourteen died.  Investigations cleared the British.  Only in 2010, after 12 years of inquiry, did David Cameron formally apologize.

We felt tension as we walk the ramparts.  Then the “Bogside” rose into view. 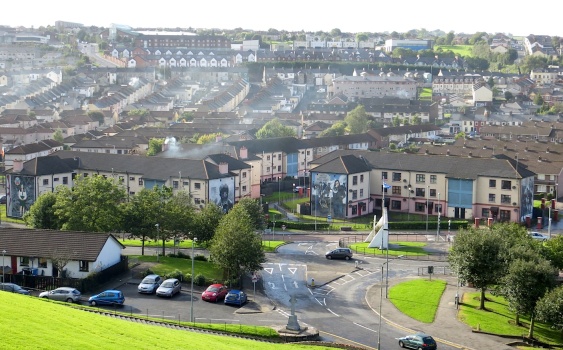 We walk down from the fortification, past the pointed cannons, into “Free Derry”. 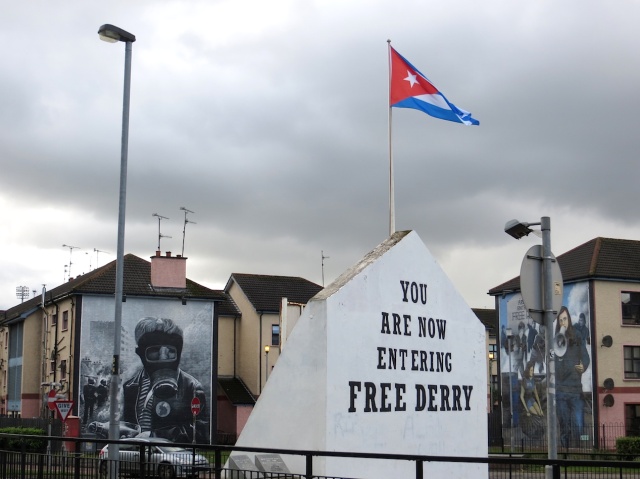 The flag was in support of a Cuban prisoner.

Grafitti and endless memorials remind of the Troubles.  But one feels that people just get on with their lives.  Our young host shrugs off the conflict with distant calm.

Museums, Austin’s: the world’s oldest department store (1830!), and 17th century churches all distract us.  We lose ourselves so much that we forget to drink. 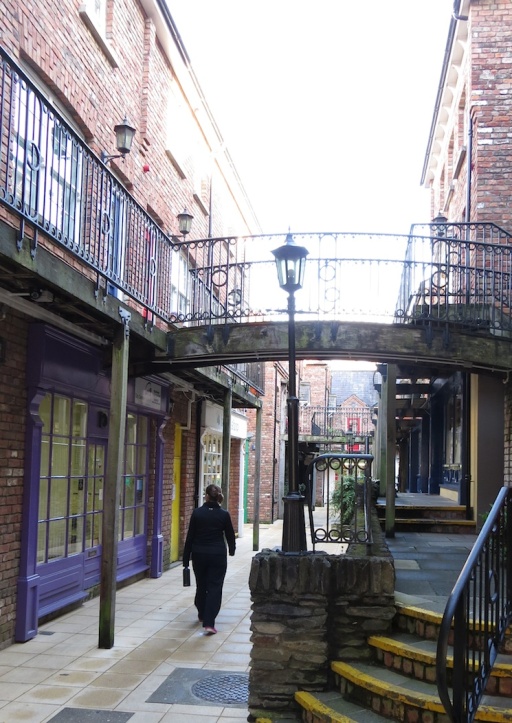 We even stumble on classic pubs with spectacular names, but somehow move on. 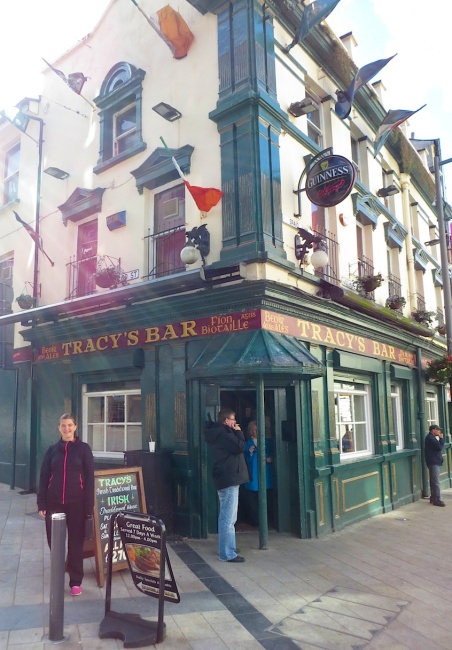 Claiming ownership in name only.

I know this is a drinks blog.  I should review something.  But Derry does not produce any beverages.

Our goal this trip is to test terroir: what makes a place’s drinks different then the next?  What gems hide that cannot be found elsewhere?  Does local air, water, food, and traditions change the drink and the drinker?  There’s nothing to test here.

Too much history and tension surround us to enjoy a pint.  Some royalists might take offense if I order Guinness in the wrong pub.  Sorry but I will stay sober.  Derry can burn my effigy if it likes.

Next week: Dublin.  Where we overcompensate massively for this dearth of drink.