Montreal, Prince Edward Island, and Halifax have all treated my wife and I with many good and interesting drinks. But the world calls us onward.

The most logical flights from Halifax land in London. But I loathe Heathrow Airport and have never seen Scotland. So we booked a flight to Glasgow. Whatever it lacked in the grape department, Whisky should amend.

But then, the Internet pulled a rabbit from its hat. A week stopover in Iceland cost the same. Feeling lucky, brave (and frugal) we booked the flight.

Much to our dismay, a “cheap” hotel in Reykjavik will scare eighty dollars from your purse. Per person. So we booked a campsite roughly within the capital.

The last time we camped was a year ago in Acadia, Maine. By hour three of tent set up, in the rain, without food, T left me for the car, probably to file divorce papers (luckily, that plastic, rodded nightmare went in the trash). We love nature. We like a good ‘ole tortuous ten hour hike. We just also like chairs, running water, and central heating.

But we also like money. Somehow, we have idyllic images of pitching our tent amongst gilded French vineyards and munching their grapes: all of it for free. That explains why we now lug two rolling luggages, stuffed only with a tent, sleeping mats, bags, poles and important gear like my milk frother and Handpresso (a caffeinated bicycle pump that feeds my third love: espresso).

We happily checked our bulging rollers on Icelandic Air and boarded.

Our three flight attendants’ white teeth and ivory skin greeted us. Young, old, male, or female they all glowed with nordic, mannequin-like perfection.

the plane’s bathroom augured our clean and very wet future: 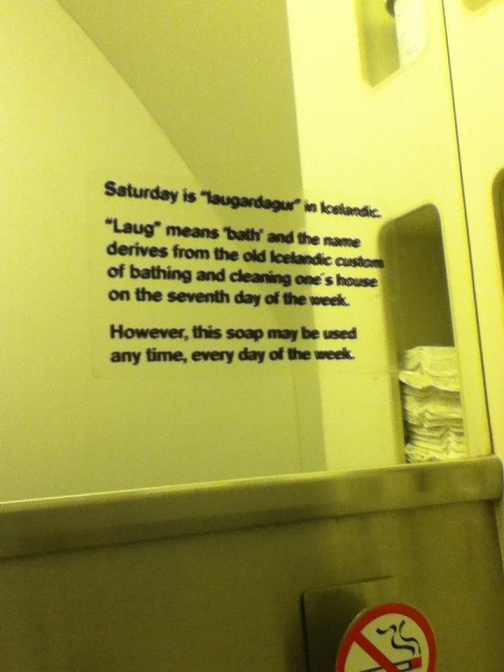 After a restless night, window light woke us. Outside lay a gray expanse, surrounded by the slightly less gray Atlantic.

After a thorough bag and body search (to find any non-native horse or plant breeds hiding on or in my person), we found the only bus to Reykjavik. 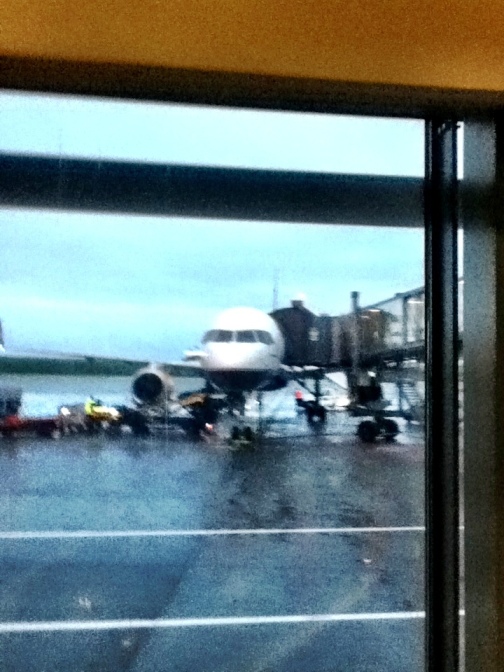 Fascinated by all the odd nothingness, I conked out until town.

Woken at the station, we got out and dragged our camp gear through endless city blocks.

Cement gray high rises alternated like a silent film on a five second loop. Reykjavik seemed modern but cheap. You could feel the rush of new money and construction, all of which had halted. Everyone had a car. But they were all crap.

Yet we were too busy arguing to notice. Four kilometers was the cost of a cheap stay.

Cold, thirsty, damp, and hungry, we set up tent. It was a park field. But it was home for the next week. 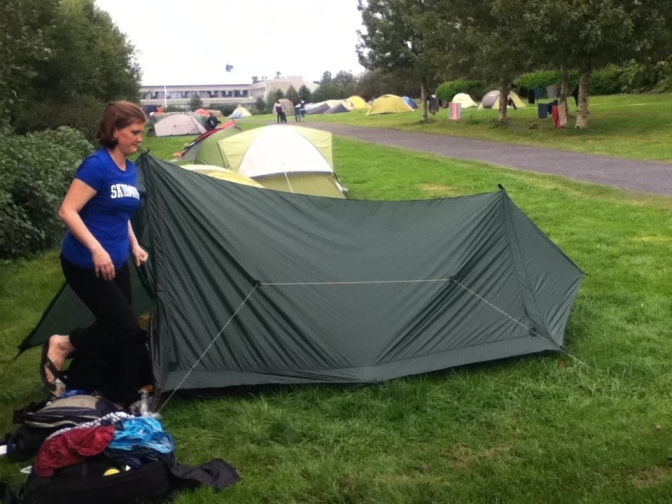 Sure Frenchist school groups would wake us at sunrise. Sure sunrise was as at 4am. But even with nightly torrents of rain, hail, and wind, we managed a few hours of sleep.

By day, we wandered Reykjavik’s ports and museums. Food and drink cost way too much for dining out. But local pastries, fish, and beer got us through it.

So we opted for three native beers.

Like Iceland’s many cheap geothermic hot springs Egils Sterkur is for everyone. The Blue Lagoon was an industrial accident turned tourist trap. No local bathes there. Instead, Iceland’s pale people flock to their local spring after work. 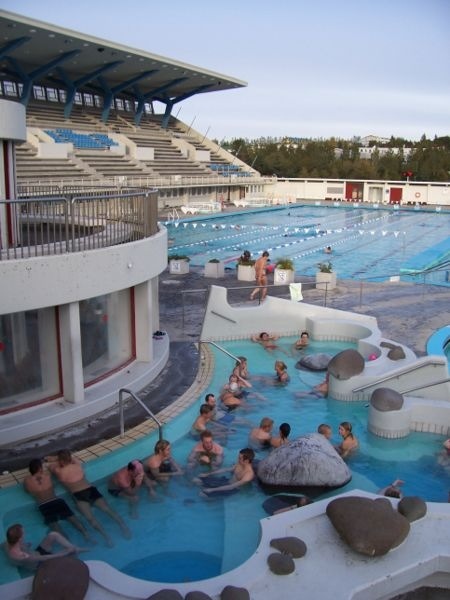 This is Laugardalslaug Geothermal Pool. We bathed every other day here just to stay human. Like its locals, this beer chats casually, eyeing other bathers in the pool or shower, but never offending anyone. It tastes a bit plain, but is oddly enjoyable.

It is clear, medium minus gold with a fine thin lace. It smells somewhat of orange peel, golden apple, and baking spices. It’s not acidic, or bitter, or heavy, just brainless, mellow, friendly, soft, and frothy. Moderate flavors of oranges, malt, wheat bread, red apple make comment if you listen. 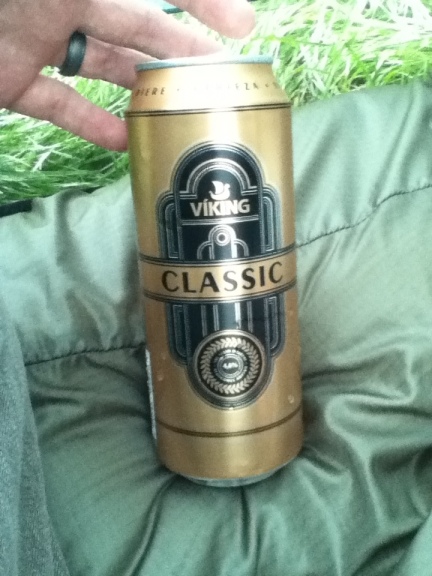 I dug the Deco can design. The beer’s color shows off more grain toasting, with its amber pumpkin orange. The nose follows with intense honey, wood fire, and wheat bread. Again, nothing much here in terms of acid, tannin, or body. However, mild maple, honey, and bark on the palate make this decently tasty. It is an Inoffensive amber ale with a slight woody twang at finish. Sadly, the large bubbles forecast an overly edgy, fizzy drink.

This is pale-skinned like its Nordic creators with loose lacing. It smells of really nice bread, coriander, citrus, and peaches. There’s a bit more acidity balanced by lovely creamy texture. Peach dominates, apples oranges follow, with a nice balance of Indian spices.

This is all pleasantness. A perky youthful summer drink, just hinting of September’s arrival. Very good.

After an hour hike, we found Reykjavik’s free, geothermically heated beach. There were no lewd onlookers there. Just excited children. It may have been raining, and freezing, and windy. But in that bubble of steam, we could care less.

We wandered Reykjavik’s strange streets for days. In a land with more sheep than people, the bland architecture, funny sweaters, dried fish museum make sense. We ferried to its marshy island, and were one of two couples there.

But with endless rain slowly submerging our tent, even the spas could not save me. I snapped and booked a cliché bus tour through Iceland’s Golden Circle.

Once again the epic side of this strange island unveiled itself. 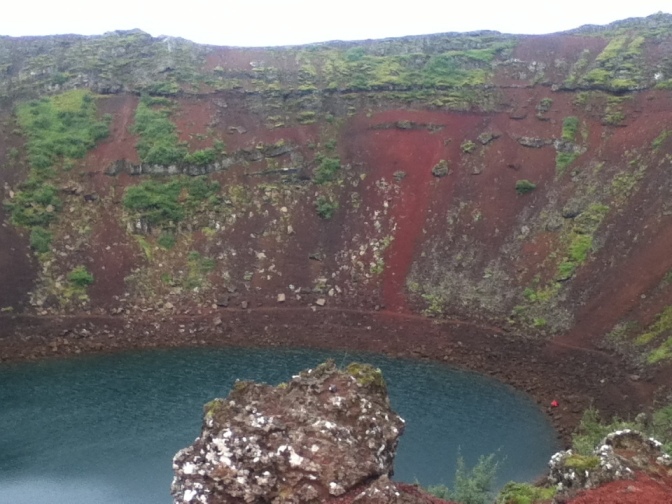 We nearly slipped into a waterfall. 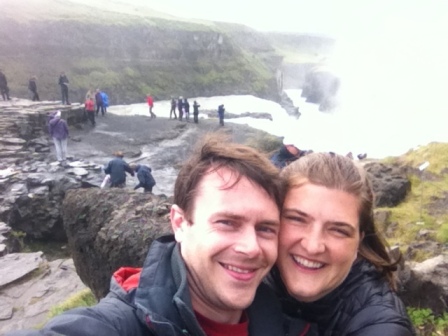 And we stepped our last on the American Continental plate. 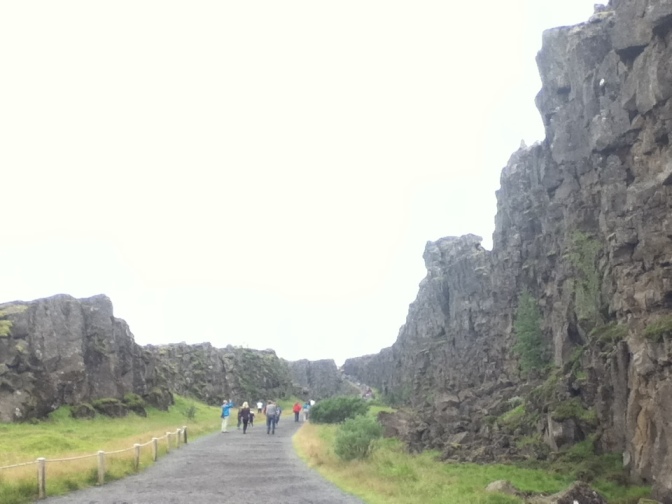 Sure our attempt at getting in touch with the real Iceland stumbled a bit at the end. Yet it broadened our appreciation of the place and people. Even if they might be checking me out in the shower.

Follow Wayward Wine (WSET3) to tour the world's exciting vineyards, breweries, and distilleries, while discovering new drinks.
View all posts by waywardwine →
This entry was posted in Uncategorized and tagged Iceland. Bookmark the permalink.