My wife and I end our week in Montreal. Week two of our grand drinking tour begins.

Our hosts kindly drop us and our luggage pile at the train station. After an hour of translating Québécois announcements into French and then into English, we race to our line, stand for thirty minutes, and then shuffle into our train.

No GPS. No maps. No getting lost. Nothing but relaxation.

Pine forests, hills, and hamlets gradually morph into flat marshland, wriggling red mud streams, and the gape of the steely Saint Lawrence River. Surrounded by all this nature, nevertheless, the elusive moose evades our search.

While Canada sweeps past our window, we munch a brilliant, crunchy, aged Quebec cheddar. After an awkward night’s sleep, our eyes finally catch a moose jogging through a marsh. This being Canada, an impossibly sincere couple fills the train with southern folk songs. 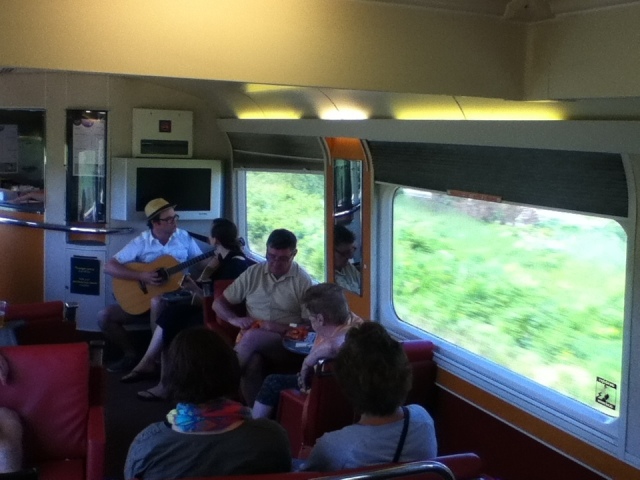 We switch to bus in Moncton (which sums up Moncton’s tourist attractions ). Once free from the station, the land flattens until the Atlantic pops blue onto the horizon. Soon we fly across a massive bridge which lands us on our destination, Canada’s smallest province, Prince Edward Island: a land famed for little more than Anne of Green Gables and Canada’s first talks of union. 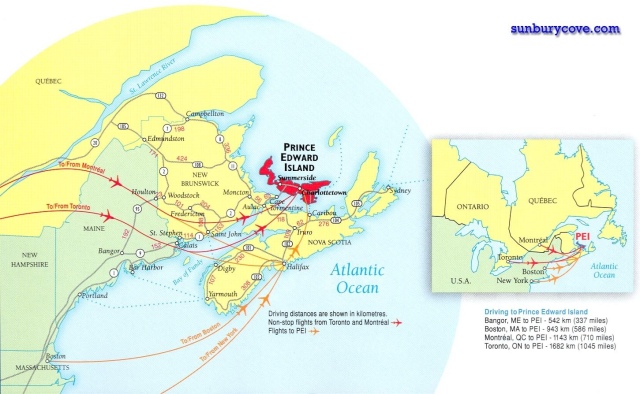 Endless green shrubs emerge from the sea, populated by small white and purple flowers. Every inch of rolling land is planted with it, even between shopping centers. But with what?

Finally, our confused, West-coast eyes (with the help of google) spy out the identity of this plant perpetrator: 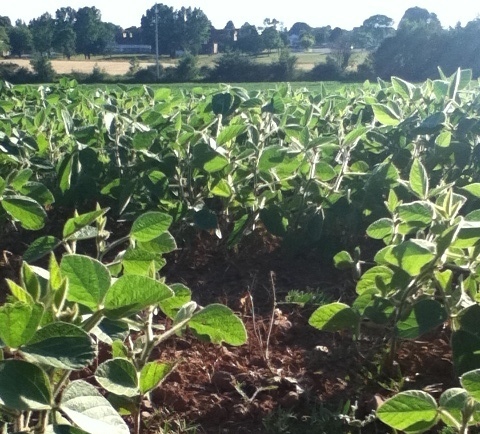 Grocery stores pack mountains of them. $2 for 10 pounds. We end up eating variations on this theme for a week. 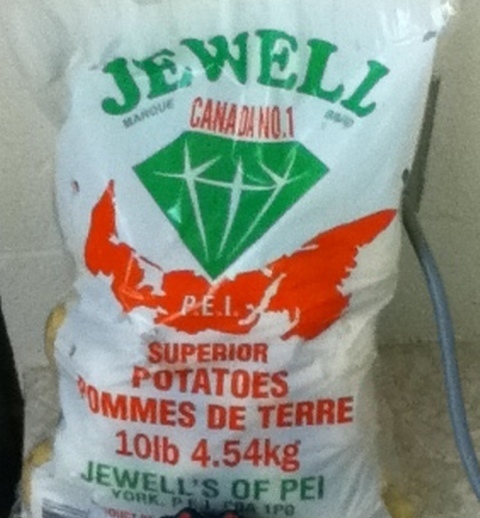 This small island, on the Atlantic’s edge, produces a third of Canada’s potatoes. That’s one hundred pounds per Canadian person. That’s 100,000 pounds per annum.

Now, I adore wine. PEI has a winery or two. Aside from retched fruit wines, chardonnay and gamay are grown, which were also retched. We nearly went to their wineries. However, microclimates warm enough to ripen grapes are hard to find this far north. Lazily, we decided not to drive out.

But our locavorisitic tendencies could not ignore PEI’s starchy staple.

One gleaming day, we strolled to Charlottetown’s harbor. Amidst the clutter of shops, shadowed beneath the din of Cow’s ice creamery, sat the clean white-washed gem of Prince Edward Distillery’s tasting room. 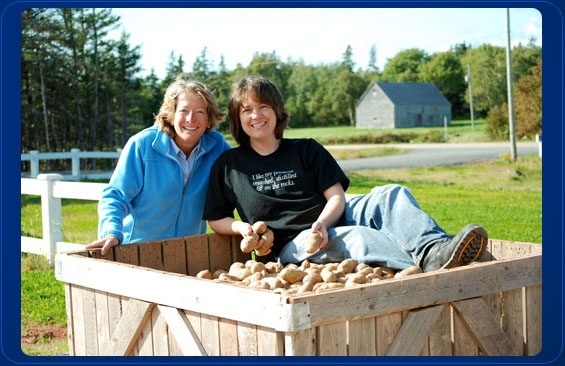 Unlike wine or even beer, neither of which are stellar on the equality front, spirits has stubbornly remained the product of men (Scotland has only one distillery run by a woman), all of it comfortably couched in masculine tropes. But Arla and Julie shift the game with their craft, winning awards and recognition from the Chicago Beverage Institute.

Their potato vodka is ethereal. If you hate vodka, stop drinking Grey Goose. The multinationals will blend any and every starch to make their alcohol as cheaply as possible. Then they distill it continuously until all flavor esters evaporate or are portioned out. The less flavor, the better the mixed drink, in theory.

But PEI, with their gleaming, copper still, keep the more volatile bits in. Their potato vodka has a richly creamy texture: a classic sign this is just potatoes and water, not some grain. The bouquet confidently declares white flower, fresh cut potatoes, vanilla. These flavors carry over to the palate, but something interesting creeps in: minerality. Seeing all the red soil here probably planted this seed, but I’ll call it iron. My wife thinks it’s salt. Not being chemists, we move on.

The finish is edgeless. One could drink it neat and be very happy. However, it provides a robust base for any coctail. 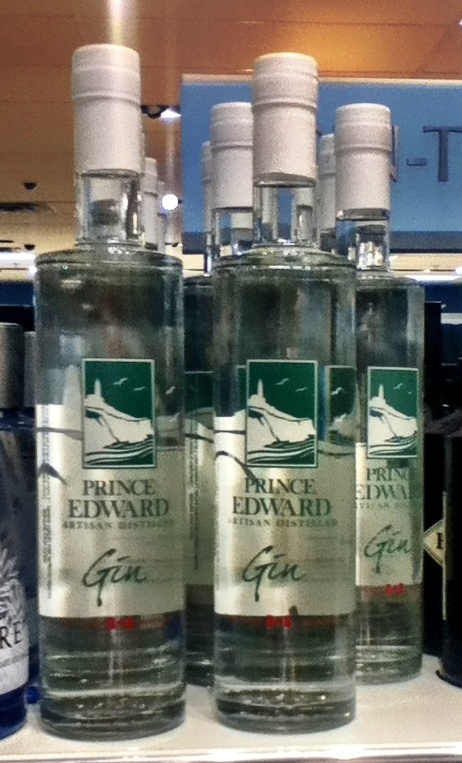 Switching back to local produce, PEI’s Blueberry Vodka fooled us. It is as clear as water. We taste it: no blueberries. Some fruitiness creeps in at the finish. We inhaled. Then the ninja in blue attacked, like Cato from a fridge, but into our noses. Delightfully tricky stuff, with less screaming. 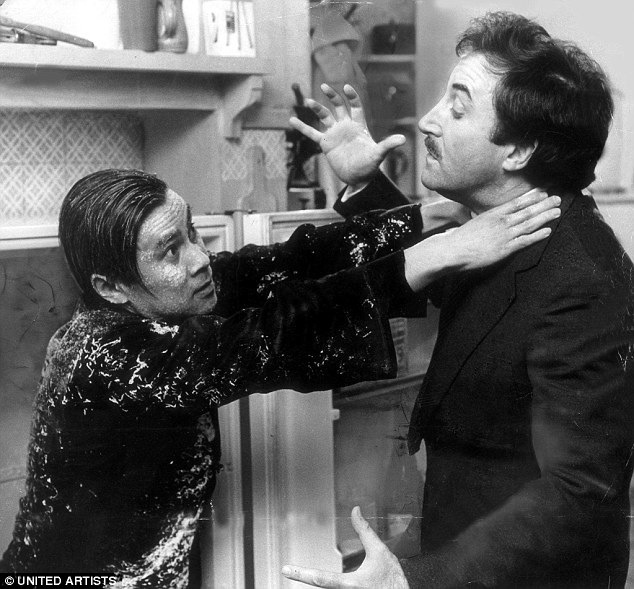 Hmmm…It would be nice chilled.

PEI’s rare whiskey tastes smokey, cigar-like, with burnt caramel and cream and tons of length. However, the alcohol and flavors all stand apart like chess pieces. Maybe it needs more time in bottle or in barrel. Too jagged yet.

Prince Edward Island Distillery crafts respectable spirits. Everything tastes like it comes from this odd, potato obsessed island. However, you pay for it. Between levies and taxes and the Province’s own 10 bucks if it’s a bottle of alcohol health tax, Arla and Julie’s potato vodka will mash $50 from your wallet.

So we left the tasting room warm, impressed, yet a bit clouded. Either way, well done ladies.