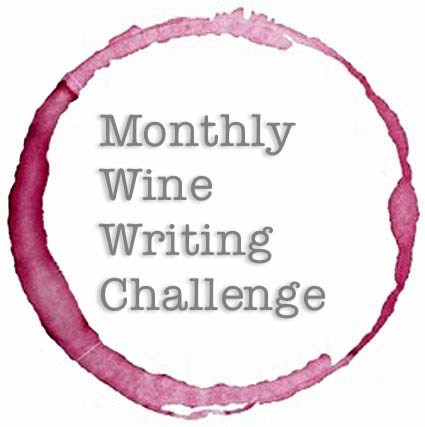 Now, a few wines have lit that invisible light bulb over my head to heights nearing high holy, magi-gifting, Catholic-levels of exultation. You know, where the Jesus light pours from cherub-filled clouds shaking everything you thought you knew, just as your nose neared that magnificent glass: that kind of epiphany.

But my greatest wine epiphany came from a bottle I never tried.

Over the last decade, many wines have lit that light bulb over my head, carrying me to heights of near high holy exultation: where the warm sun pours from cherub-filled clouds and shakes everything you think you knew. Yet my first wine epiphany, the one that flipped my career, came from a bottle I never tried.
Back in 2009, I finally shed my profession in archaeology. My Master’s degree was done. The travel and research had been great, but the field’s future looked bleak. The recession was squeezing departments and programs. Colleagues became trapped in lectureship limbo. Luckily, chance (and my wife) landed me in Saratoga Springs, upstate New York.

I trudged out of a job fair one day. Career counselors and recruiters from plumbing to libraries told me to go back to academia, that I was over qualified for any normal job. As I walked home, head hung, I glanced at a “Help Wanted” window sign. Inside, I told the owner that five summers excavating in Italy had turned my blood into Sangiovese, filled my head with languages, and a love of food, wine, and exploration. Putnam Wine hired me for the summer.

They soon realized I could draw. Armed with paint pens, they tasked me to copy blown-up wine labels onto our main drag windows. So, between customer droughts, I would jump outside, bake in the sun, and paint large logo fonts of Ridge, Heredia, Graham’s, and others. In a few weeks, things began to take shape: 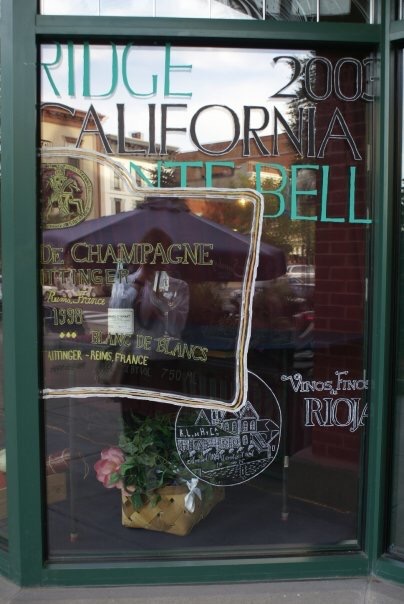 Yet the ante needed upping. So, my boss handed me a bottle of Château Margaux, Pavillon Rouge, Margaux 2004: a Bordeaux so iconic the name and appellation are the same. I only knew it cost around $165. For a small but proud wine boutique, this bottle was special.

Once the store emptied, I popped the bottle in the window and went out to paint it.  Over a clutch of days, me and my red paint pens sweated over the label’s details. How many lines made each column? How many dots delineated its lawn? A customer would wander in. I followed them, sampled them on a decent rosé, then jumped back outside.

It was nearly complete. I just had the “Château Margaux” below the estate’s red oval to draw:

I did my usual sell-then-paint dance. But that day I had to close shop alone. Then the dinner rush descended upon me. Women and men swarmed in, frantic for any last-minute pairing for tonight’s meal. I sold a chunk, locked up, killed the lights and walked home, proud.

I arrived the next day for my afternoon shift. As I entered, my coworker pulled me aside, gritting teeth under her breath:

“You left the bottle in the window.”

“The Margaux. I came in, it had blown the cork, sprayed everywhere and was still foaming.”

My stomach sank into my toenails. I’m already fired, I should leave forever, I thought, become a hermit on a mountain and do penance until my last breath.

But for some reason, numbed, I sat down my bag and walked up to punch into work.

My boss loomed over the front register.  I glanced at the window, clean and bereft of the bottle. He did not look at me as I approached.  My mind blurred through a million apologies: offer to buy it, buy another for him, quit, buy him lunch, name a child after him, anything.

Then, slowly, he murmured:

“That was the best vinegar I have ever tasted.”

He paused for a century, then said, “Just don’t do it again.”

I learned the hard way what heat and UV damage could do. Our South-facing window let direct morning beams cut into the liquid turning it into a science fair volcano. A bottle of wine is a delicate thing. Its stability has a narrow range.

But that was not my epiphany. With my new job crumbling before my eyes, I discovered that, unlike academia (where colleagues excoriated each other over whether pavement in the Forum Romanum reflected the ars memoria, politics, or religion), instead, for all that that $165 icon of Bordelais perfection represented, it was still a bottle of wine.

I went on to run the shop, gain the WSET II and III there, then become a Sales Representative promoted into a Fine Wine Specialist for Southern Glazer’s Wine and Spirits in Oregon. For near ten years now, I got to enjoy this consuming career, travel, a home, and a child and wife I adore: things uncertain in academia.

That bottle taught me that wine matters only as much as the importance we project upon it. At day’s end, enjoyment, exploration, and relationships are what bind us to this field. Wine makes the day’s dreariness a touch brighter. But people and our shared interests come first. I never got to try that Margaux ’04, but that bottle taught me that I have a home here.