Beer? I’m reviewing beer? Seriously? Well, it has been a few weeks.

But I thought this was a wine log: one of thousands, where another Caucasian, male, lump of righteousness rambles about stuff in a glass to justify his drinking habit.

Wait! Careful self, or I’ll write about tea. Heck, mineral water can be interesting.

In truth, wine and beer only recently signed their divorce papers. For millennia, grapes and barley were merely tools in a brewer’s box. If it had sugars, yeasts could make alcohol. Since the Mediterranean produced honey, grapes, and barley for food, making alcohol was easy. It was also more shelf-stable and sanitary than water and way more entertaining.

But alcohol was more than social lubricant; it was payment for soldiers and slaves, medicine for babies and elderly, offering to the dead and gods alike. Once alcoholic, drinks were blended and spiced with whatever was available and whatever would sell.

So how did we get to modernity’s single sourced monoliths of beer and wine?

The Greeks, Etruscans, Romans, and subsequent Catholic monks, solidified wine into a civilized alternative to beer. But blending beer with mead and wine continued on a smaller scale wherever possible and profitable.

So why does most beer taste, well, like beer?

You can blame the Reinheitsgebot: The German Beer Purity Law. In 1516, the Bavarian government shackled beer to three ingredients: water, hops, and barley. Rising nation-states and industrialization liked efficiency and regulation and thus carried this triumvirate into the modern age.

The eggplant is just there to show off.

This drink began its resurrection with paper bags. Inside each was some dirt. That dirt had sat in a basement at Penn U.’s museum since an excavation in 1957. Back then the university had unearthed a 700 BCE tomb in Gordion, Turkey. Within it they found the largest Iron Age drinking-set of 157 bronze vessels. Then someone deemed the dirt at the bottom of those vessels worthwhile packing back to Pennsylvania.

Now set your TiVo to over a decade ago. Elizabeth Simpson was studying the tomb’s furniture and asked Patrick McGovern to analyze the bags. A tech. cocktail of infrared spectrometry, gas and liquid chromatography, and mass spectrometry allowed McGovern to isolate the dirt’s chemicals. They included tartaric acid from grape skins, beeswax from honey, and calcium oxalate or “beerstone” from barley. Wine, mead, and beer all in one drink. That fit into the ancient Near East’s proclivity for blending. Job done.

But McGovern didn’t stop there.

At a beer banquet within Penn Museum in 2000, he offered the ingredient list to the group of microbrewers in attendance. Like a true professor, he let them do the work and then judged their results, literally, as they came to his door (kinda like a wine blogger…Wait! No! Forget that!).

Yet it wasn’t involvement or accuracy he wanted, just “something drinkable”. He didn’t break out the mass spectrometer again to test each bottle. No, just a glass: “the assumption being that what tastes good to us probably tasted good to our ancestors, since they had a lot of the same sensory apparatus”. 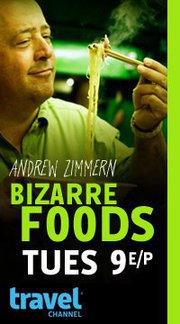 Here’s my quibble. Our ancestors ate doormice. Lots and lots of doormice. Our ancestors shaved parmesian into wine. Jellyfish omelets were delicious. Did I mention wombs? Yes. Stuffed pork wombs. They ate countless herbs to extinction. Many foods were salted or honeyed beyond recognition to preserve them. Fish relish went on EVERYTHING. Heck, even my grandad liked blood pie. Our ancestors ate stuff that would make that Bizarre Foods guy faint.

To assume we’re like them -solely because of physiology- cherry picks the past and ignores its diversity.

But here’s the kicker. To our tastes, modern beer really isn’t beer without hops. It adds bitterness. But hops didn’t enter Europe until 700 C.E.

So Dogfish Head, overwhelmed by this sweet honey, grape, beer Frankenstein that they had created, added saffron. That spice cut through the muscat and mead wonderfully. It tastes beer-like and delicious (see my review chart below). And, lucky them, saffron is “the most expensive spice in the world”…well…it is today (it was readily available in antiquity).

But McGovern admits, “we’ve never proven [that] the intense yellowish color of the ancient residues may be due to saffron”. So saffron is just marketing. Also, they injected CO2 for fizz and we have refrigerators to drink it chilled. No dice on those counts in antiquity. Beer was flat and only as cold as your best cellar.

Yet tweaking an original recipe isn’t the worst problem. Just because the drink was in a tomb, doesn’t mean it was for consumption. Burial goods often reflect and decorate ideal afterlives. Tombs get filled with all kinds of impractical things: unusable armor, jars that don’t open, false doors, ceramic soldiers. We can’t know that any Midas -even if he existed- drank this just because it was in a tomb.

Granted, Midas Touch was merely a start. McGovern now works closely with Dogfish Head (recently chewing purple Peruvian corn to make chicha). It’s just that Midas Touch’s selling point is time-travel in a bottle. Yet that’s impossible, or at least imperfect. Experimental archaeology like this is full of pitfalls because the past will never meet the present.

Midas Touch only holds up a mirror. It turned out to be an accurate mirror, winning Dogfish Head more awards than any other beer. The drink is delicious. I love it. But it’s a shabby chic mirror at Pottery Barn: it looks old and French but was made last year in China, out of plastic.

Article on McGovern and Dogfish Head that abuses the word grog.

Article on the ancient foods trend (wombs! but they wimped out on the doormice)