So…Gaja.  Angelo Gaja has pushed the Piedmont into the modern age.  Considered one of the world’s greatest winemakers, he brought small French barrique and international varieties to the trapped-in-tradition Piedmont.  He’s also pushed prices into the stratosphere.  His basic Barbaresco runs $210 a bottle.  So this Thirsty Thursday, we touch the hem of Gaja’s divine robe with: Dagromis, Barolo DOCG Italy 2007: a mere $70.

Gaja bought the Gromis (hence “Dagromis”) family’s ancient vineyards in 1995: one in Serralunga and the other in La Morra.  Both vineyards neighbor Gaja’s oldest holdings. They only grow Nebbiolo.  The soil of both vineyards is primarily calcareous clay and marl; altitudes range from 985 to 1475 feet above sea level; exposures are south-east and south-west.  All of this means fabulous, stressed vines, producing great fruit.

Appearance: True to Nebbiolo, older-seeming garnet colors show and the rim is clear and wide. Yet it looks bright.

Palate: Dagromis feels dry, with searing high acids, crackling, firework candy tannins like when you burn pine needles, softened (somewhat) by a hot lump of alcohol coal that burns through to a medium body.

Somehow, this wine manages to balance its high-toned, somewhat ridiculous, edginess: like Adrien Brody in the Grand Budapest Hotel. 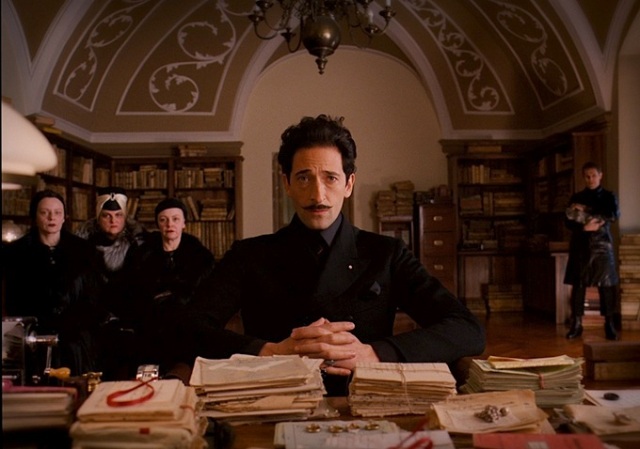 We are not amused.

It has crafted facial hair.  Wears only black.  Is aggressively masculine to overcompensate for any real virility.  It hires someone to throw your cat out of the window.

Yet it oozes style.  It is so completely serious, extreme, and depraved that you have to laugh at it, maybe out of nervousness or fear.  It may be past its youthful prime, but hopefully, will continue to evolve for decades.  It is very, very good (4.5 out of 5), even if all show.