Day 81 of our EU AUSTERITY DRINKING TOUR, we leave Paris for Tours. 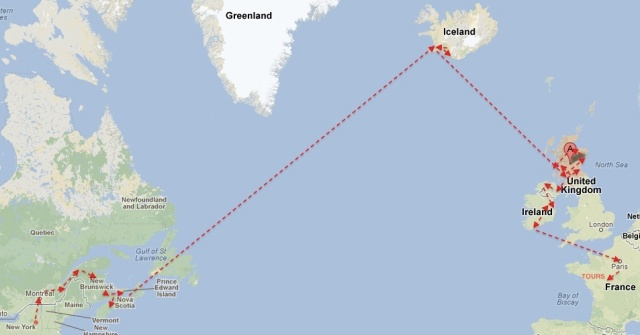 Finally, Wayward Wine can sink its teeth into one of France’s wildest wine regions and Paris’ secret source: the Loire Valley.

Our bags rattle, lost, over streams of cobbled streets.  Tram lines, torn up decades ago, are returning (thanks environmentalists) but not yet functional (thanks unions).

With our hostel found, we unload our gypsy-train of luggage and jackets to explore the town.

Tours looks immaculate and charming after Paris.  No crowds, no pickpockets, and even less snobbery.  Far more Renaissance dwellings have survived the 19th century and modernism.  This is just a nice place.

We get lost again exploring the ancient, meandering streets.

A bit “House of the Seven Gables”, but French.

Once more we find ourselves starving and exhausted. A massive indoor market, rioting with vendors, provides salvation in the form of local bread and cheese.  At the entrance stands Les Belles Caves:

Wines and whiskeys line every surface except the ceiling.  But local Loire wines in all formats dominate:

We have to choose something, so we choose two things:

A 2006 and 2009 Cabernet Franc from just a few strokes downriver in Chinon.

Olga Raffault took over her husband’s vines after WWII.  With Ernest Zenninger’s expertise, Olga’s wines became the textbook by which all other Loire reds were gauged.  Working into her eighties, Olga died a few years ago.  Her son Jean and wife Irma followed, and now her granddaughter Silvie with her husband Eric de la Vigerie have taken the reigns.

While we waited two hours for potatoes to bake…in a pan…on a dorm stove, we opened her Les Peuilles, 2009 first:

Now Wayward Wine featured another 2009 Chinon Cab Franc.  We loved it, but it came from Jean’s (Olga’s son) Les Galluches vineyards (see Les Galluches post).  So getting to try Olga’s 2009 for only 8 euro 50 excited us.

This is dry, snappy, tart, and medium in body.

Les Peuilles 2009 was a good (3 of 5) wine, perfect for a very French lunch, but probably too young to flaunt its stuff last fall.

So let’s step up our game:

Decent setting for a dorm room and a Chinon.

Olga had these vines planted when she started half a millennium ago.

The palate is dry, sparking with acidity, silk-grained tannins, and a medium body.

Loaded flavors range from tart red apple, to a soft, woody cigar core, and a tangy lime finish with medium plus length.

Clearly the wines of Olga Raffault are meant for the long haul.  Enjoyable young, their restrained style will pay off for any willing to wait.

With night upon us, we eat our potato bake and meet a young Israeli cheese-maker and an Australian divorcee.  Next Monday, weather-permitting, we will bike the Loire’s vineyards.