After a Nazi/Commie inspired tour of Berlin on Christmas Eve (see post), we decide to get even more festive: why not spend Christmas day at a museum? But not just any museum.

The first college class my wife and I took together dwelled on the endless antiquity that filled this utopia. Five museums make up the island. You bet we got a museum pass.

We walk through a bullet-hole riddled colonnade. Inside, a temple to Art greets us: the Alte Nationalgalerie:

We climb up and in and find the most elegant sky dome: 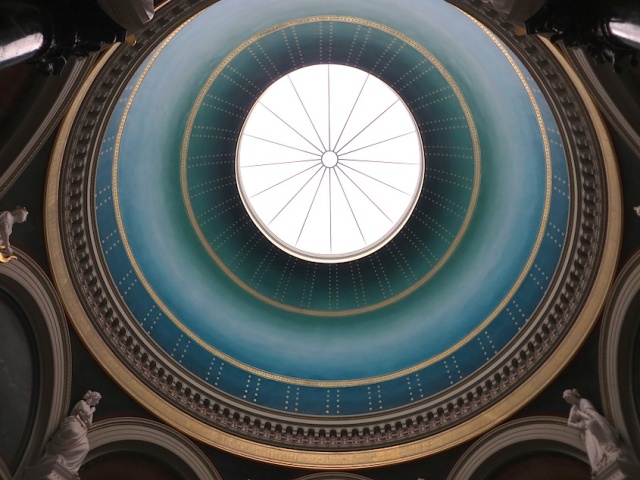 The 19th century collection delights us with moody drama and swaying statues.  But the archaeologists in us hunger for one thing: the Pergamon Altar.

Built under King Eumenes II around 160 BCE, the altar’s frieze depicts battle between Giants and Olympian gods in larger than life marble. As usual, Dionysus has the most flair:

Strange beasts writhe and twist amongst steroided muscle-laden heroes and giants.  It looks like all antiquity spat out from a blender.  As the audio guide rambles, I draw. 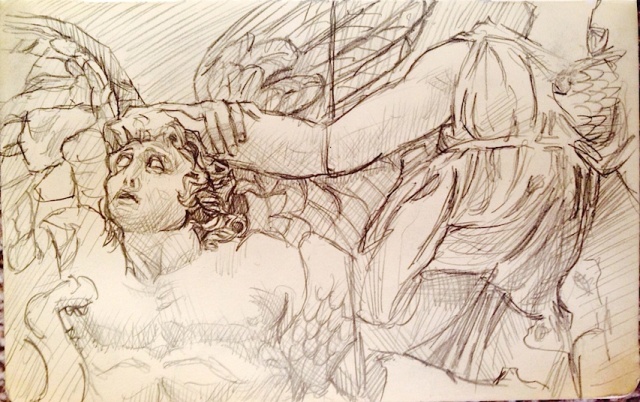 Past the altar (as if one could get past it) came the Market Gate of Miletus, constructed roughly two centuries later. 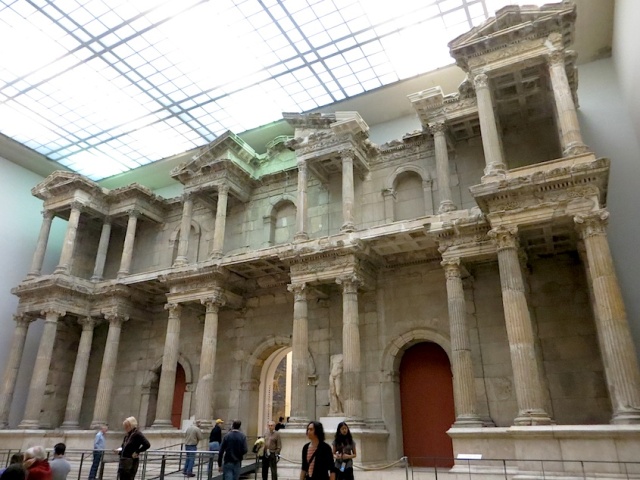 We walk through Miletus’ Gate and jump back six centuries through Babylon’s Ishtar Gate.

Entirely bewildered, we stumble into the dark, find a Christmas market, food, and a Santa in sleigh trapped in mid air:

Feeling festive, we find another Christmas market beneath the Communist tower.

Cold and tired, Christmas winds down back at our hostel with pan-warmed, organic Glühwein, Facetime with my family, and a lame Christmas movie. Oh and cookies.

Post Christmas Day finds everything closed.  So with next Monday’s EU Austerity Drinking Tour post we return to Museum Island.  See you then!