Last Monday’s post of our EU AUSTERITY DRINKING TOUR saw us visit Potsdam and try a Dunkel beer from there (read: here).

We return to Berlin for Christmas Eve.  What better way to spend the eve of Christ’s birth than visiting Nazi and DDR historical sites?

We grab groceries early since Berlin closes for days.  Then, disregarding the fact that my wife’s annual winter illness encroaches, we hit the pavement.  We enjoy a packed lunch of smoked cheese sandwiches at Brandenburg Gate: 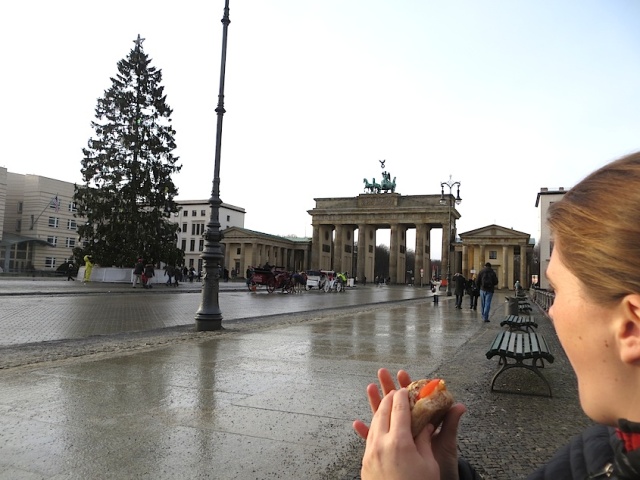 Everything was closed.  So I am thankful for our budget food.   Instead, memorials, car showrooms, parliament buildings, and embassies fill the place. The soviet tanks flanking the intensely fascist USSR memorial are fantastic.

Then, at random, we find Hitler’s bunker.  A mere grass mound betwixt office buildings.  But things get weirder (or more appropriate).  It now features a vineyard:

You are welcome internet.

Filled with the Christmas spirit, we hop on a subway and walk the longest stretch of the Berlin Wall: 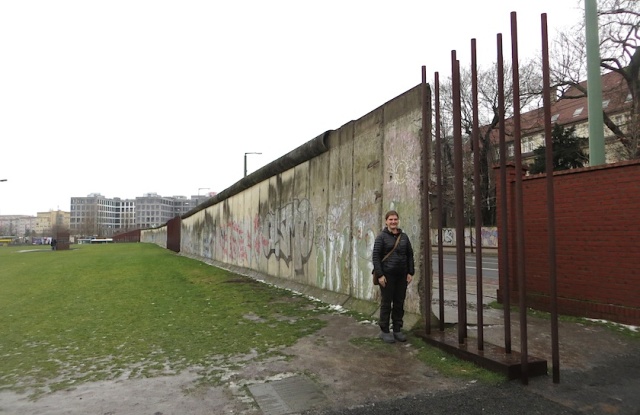 A watchtower still looms over this divide that slowly separated Communist Berlin from its next door neighbors.

With the sun setting at 4, we head back to our hostel.  We whip up a great potato gratin and the whole place salivates.

To get us into a Nativity-esque mood, we at least open beer with a religious name and an adorable, lamb-of-god mascot: Neumarkter Lammsbräu 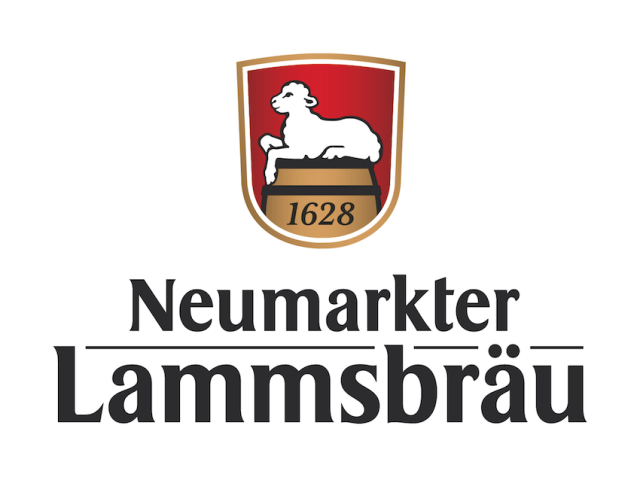 Begun as a brewpub in 1628, Lammsbrau has been owned by the Ehrnsperger’s since 1800.  Although now huge, Lammsbrau has made organic beer for 30 years, and may be the largest organic brewery in the world.  The also have their own malt house and ancient well.  Even their delivery trucks run on vegetable oil.

APPEARANCE: looks a clear, mild amber, with small fizz and an off white, thin head. AROMAS: smell moderately of caramel, maltose, and apple, with light spices of cinnamon, vanilla, and nutmeg. PALATE: feels dry, with mild acidity and bitterness, a decent 5.1% alcohol, and fullish body. FLAVORS: tastes of mild caramel apple, cocoa powder, and wheat bread, which last a medium length. Their Winterfestbier is good (3 of 5) if a bit safe, simple, straight-laced, even a bit dull. But one could drink tons of it.

Neumarkter Lammsbräu, WeiBe Hefeweissbier, Newmarkt, Germany. € 0.90  APPEARANCE: a hazy, pronounced amber brown, with a well-held cm off white lace. AROMAS: smell clean, and moderately of aroma of pear, with malt akin to a caramel macchiato. PALATE: feels dry, more tart, moderately bitter, with 5.1% alcohol and a medium body. FLAVORS: taste of medium plus toasted oats, raisins, pear, and caramel. Their Weise is toasty, yet fruity and lean with a medium plus length. There is simply more going on here: Very good (4 of 5).

With the clock ticking to Christmas, we collapse in a glee-full pile of potatoes and beer.  Check out next Monday’s post of Christmas in Berlin: this time with fewer Nazis and Commies.