So we drive South of Vancouver to Richmond.  Rain pours outside.  What better way to start a wet day than inside a Cannery museum? 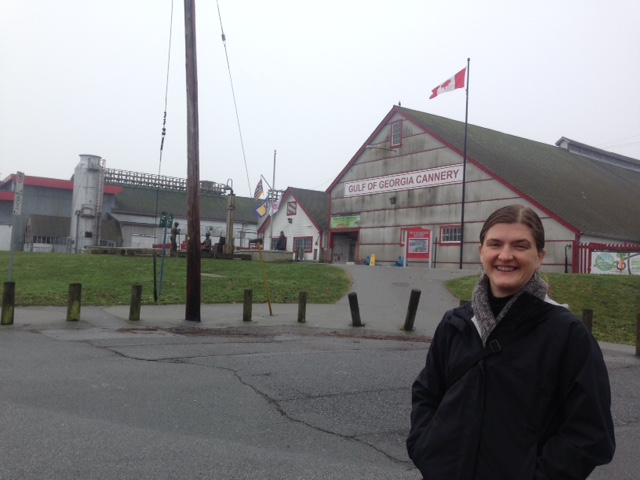 It turns out old canneries have no insulation. Even with double jackets, we shiver our way along salmon choppers, cleaners, conveyors, to canners, cookers, and shippers.  I still have nightmares involving hosing down the fish gutting and cutting (and questionably called) “Iron Chink” 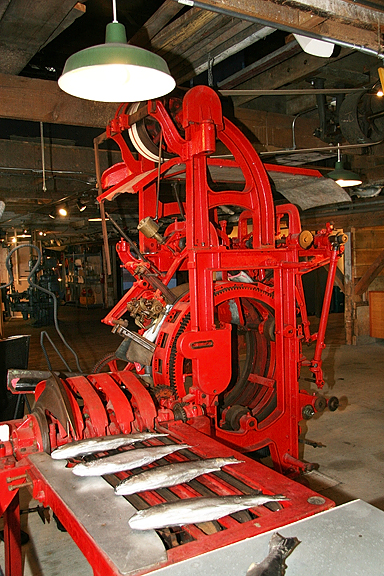 Urk…fish guts aside, the Cannery was a busy place that employed thousands. Today, Canada has consolidated the many canneries into two: rendering this port town into a seaside tourist stop. 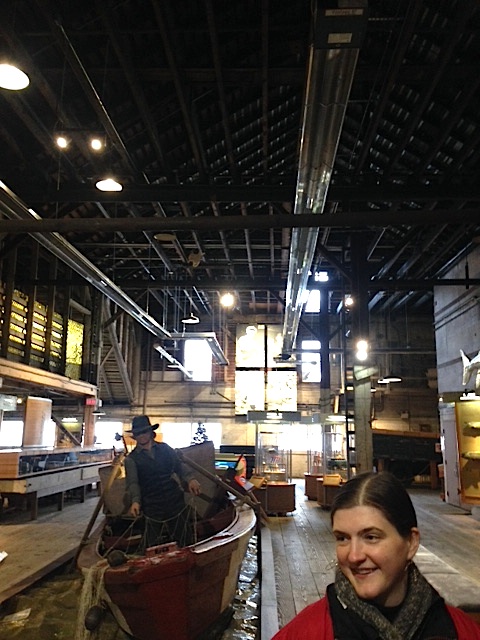 But freezing in here, we feel a touch of the monotony, borderline poverty, suffering, sexism, racism that women, children, Chinese, and Japanese faced.

But oh how the times have changed.

Richmond is now 50% Chinese: some go back 150 years, others come fresh from China. A drive out of the port town makes this material. Grandiose, walled, Buddhist monasteries span for blocks between empty fields.  Their gold roofs glow in the grey rain. 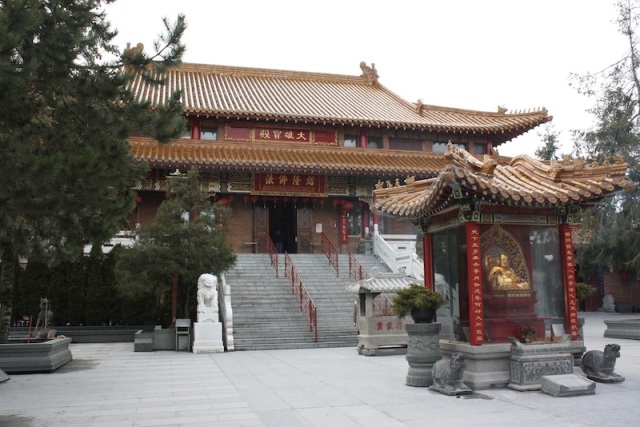 Then massive, rushed, many-roomed homes sprout from the flooded flat land.  These house the extended families of the newly rich.

Finally Lulu Island Winery looms on the horizon.  We park in a massive lot next to, oh yes, real vines!

Inside, we pass a veiled tasting room. It looks like a cartoon of Western elitism, with mismatched chandelier, piano, and wood-paneled walls with words like “CABERNET”, “WINE”, “ICE WINE” strangely reminding you where you are. 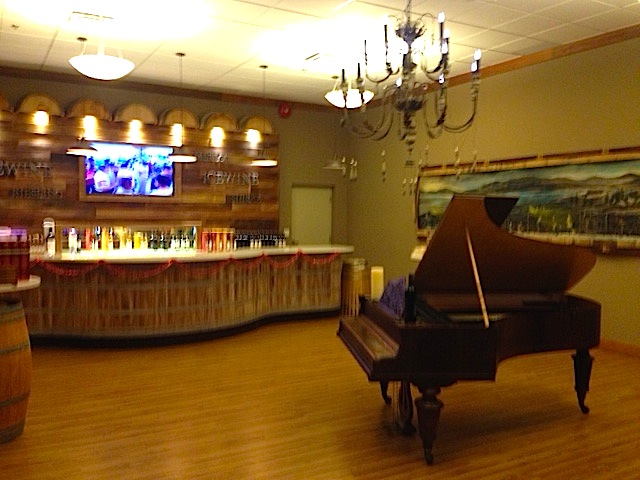 But no one is there.  We head to the two bottle-filled halls, where a few employees bob about.  Team China jumpsuits and posters from the 2010 Winter Olympics fill corners. 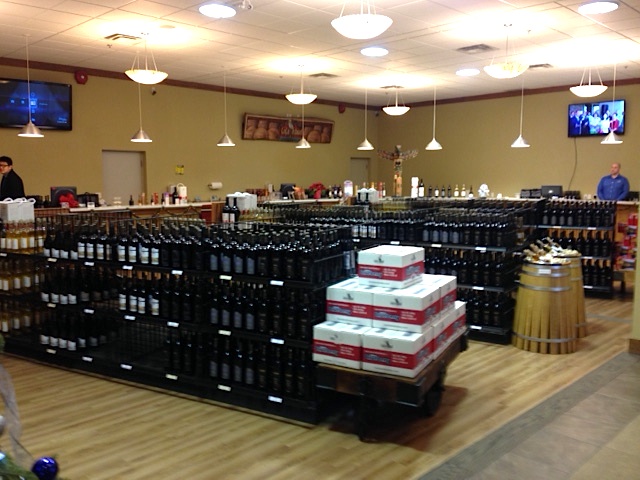 January is clearly off-season.  So our guide kindly tastes us through Lulu’s whole list.

The grapes come from the warmer, five-hour-away Okanagan Valley to be processed here (a trend here in freezing Fraser Valley).  It turns out that those vines videotaped outside grow a green, musky Muscat, that they blend with Okanagan Chardonnay (meh…2 of 5).

Most wines have been opened too long. But through tiredness, we can tell they are decently made. The 2012 Pinot Gris is citric, pearlike, and fine (3 of 5). The Shiraz shows richness and varietal-correct black pepper, cherry, and cedar spice (3 of 5). 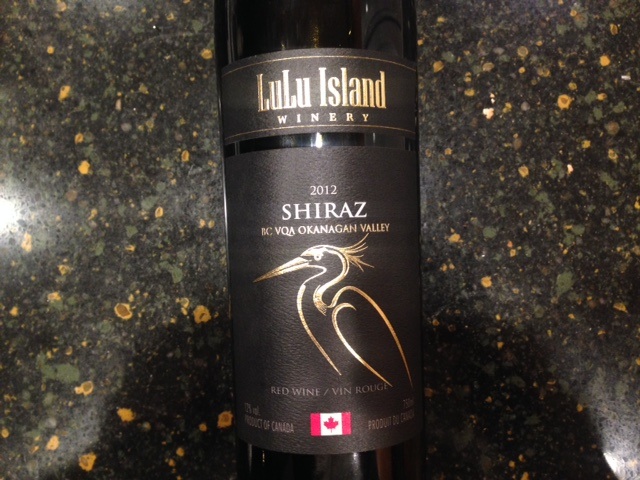 The 2011 Cabernet and Merlot taste identical and dull (2 of 5). But the Meritage is grippy, intensely oaked, and impressively solid (4 of 5).

But we came to taste local. Lulu’s Fraser Valley Blueberry wine fills glasses with purple ink, bright yet earthy perfume, and a moderately sweet, yet textured, tannic, wine (4 of 5). 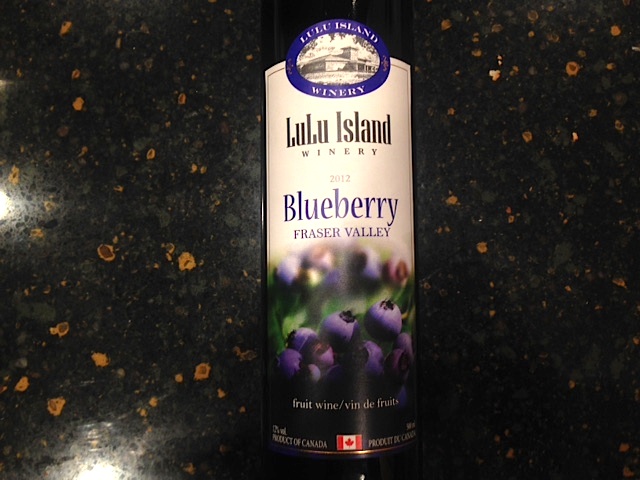 The 2006 Passion Fruit tastes too old (2 of 5).  Meanwhile, 2010’s Riesling/Chardonnay Icewine fits type with luxurious sweetness lined by enough acid (4 of 5). The rare 2011 Viognier Icewine smells of sunny orchards, with ample viscosity, weight, and sweetness that ends a bit too cloying (3 of 5). I wish 2011’s Cabernet Franc/Merlot Icewine wasn’t so oxidized (1 of 5).

Our tall Canadian guide maintains well-trained confidence and flattery.  He drops a dash of Chinese and French to impress.  But nervous honesty cracks beneath his polish. He seems trapped here, to add local Caucasian flair for tourists.

We learn that winemaker John Chang immigrated here in 1995, made wine with his wife, and in time built this 7 million dollar facility.  It exists to serve huge buses of Chinese visitors. When head home, they can get free shipping from Lulu’s warehouses in Shanghai and Taiwan.  Or they buy land for second homes in Canada.

Lulu Island Winery is brilliant. It bridges the Pacific gap, capitalizing on China’s growing wine audience with a safe, clean, familiar winery, made and run by Chinese with just enough Western wine-related exoticism.

As long as Lulu continues to refine their production (and pour fresher samples), the world benefits by drinking better wine.  Just imagine what a Chinese Gulf of Georgia Cannery fish cutter from 1895 would think of all of this.